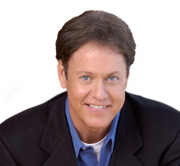 Dees fans note that this is so tightly scoped down that there’s barely a hint of KHJ jingles, no music and is otherwise somewhat boring to the average listener because of the stark lack of station programming elements. But, you’ll get a good feel for what the Rick Dees morning show was and how it evolved into what it became when he transitioned over to KIIS after this, the next-to-last morning show on the old Top 40 KHJ.

Here’s what the contributor writes about this recording:

“Rick has a cast of characters on this tape and great impersonations. Starts out with a take on Bette Davis, absolutely hilarious. Plus, Willard Wiseman, The Rev. and others.

The Groaning Barrett impersonation is a take of days gone by GMA’s roving correspondent Rona Barrett. There (are) lots of funny bits on this tape and Dees is at his best in putting it all together.