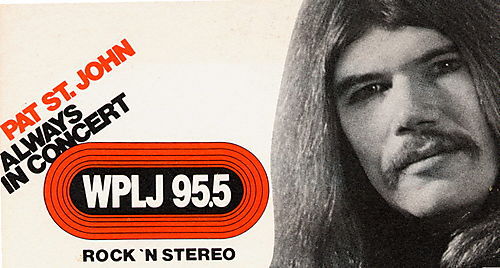 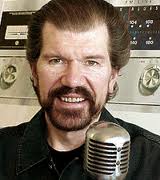 This is a surprising aircheck. For those of you who remember WPLJ as a ‘hard rock’ station, this should dispel that myth.

WPLJ was an Album Rock station. Or, “Progressive” as the purists would insist. Notice that Pat St. John says the slogan, “New York’s Best Rock”. Well, in 1975, the very term “rock” applied to just about everything NOT Standards or Big Band. Try to look at it in that sense.

Ok, so what does this recording feature. It opens with Pat St. John coming out of the Four Tops, does his rap and goes into a commercial break. The tape itself, in its unedited form, actually starts with 10CC – I’m Not In Love and segs into “I’ll Be There”, but I cut that out for brevity. However, I DID leave in all the dead segues in the rest of this aircheck to illustrate where WPLJ was, musically, in 1975. How about this. A James Taylor album cut into Seals & Crofts “Diamond Girl”, that into “Wildfire Woman” by Bad Company… which Pat St. John does a talk over just like a top 40 station! Then. Ready for this? Bad Company into the Bee Gees “Jive Talkin’. No. WPLJ was anything but a hard rock station in 1975. That WOULD happen by late 1978-79 through 1983. The early years illustrate how FM radio and WPLJ in particular, were trying to differentiate themselves from AM Top 40 stations.


This is a real treasure, donated by Big Apple Airchecks as we celebrate WPLJ on the eve of it’s impending shut down date of May 31. 95.5 becomes yet another affiliate of K-Love Christian radio on June 1, 2019