Cuzzin Linnie came to Dallas in 1960, where he was an announcer for KKSN-AM 730, which would later become KKDA-AM. It was hard to cross the color line in broadcasting in the 40s and 50s. But “Cuzzin Linnie”broke that color barrier when he was hired at *1190 KLIF* 1965, and became the first Black DJ on KLIF He was the overnight voice of KLIF-AM for about 15 years during the Top 40 station’s heyday.

Linnie left KLIF when the station switched formats in the early 1980s to country Cuz went across town to Soul 73 KKDA, where he remained until the station purged the staff in 1998. Cuzzin Linny closed his career with about 11 years at KNON-FM 89.3.

He didn’t leave the airwaves until May 2010, after a stroke. Mr. Henderson died June 30, 2011, from complications from that stroke. After his death, he was inducted into the Texas Radio Hall of Fame. -Ellis 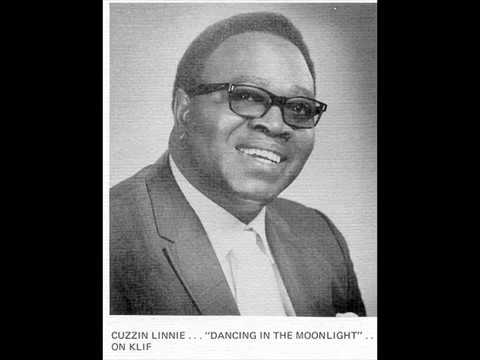