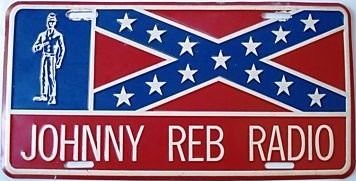 It was known as Big Johnny Reb Radio and “The Giant of the Valley.” It was the dominant station in the Chattahoochee Valley for decades, with it’s 5,000 watt daytime, & 500 watt nighttime signal.

The station broadcast from a beautiful southern mansion.

The station & the format were very successful, until the late 70s, when the station flipped to country.