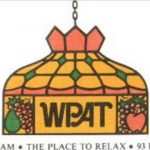 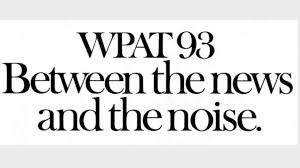 First, let me share a quick memory. Around the time this was recorded, perhaps earlier, I was driving down the NJTP, headed back to Norfolk, VA. The radio in my Buick Skyhawk was a Delco AM Stereo model, which had one problem with it. The FM Stereo mode burnt out. As in, FM would play in mono. Out of sheer irony, the AM side was superior, and for stations that were in AM Stereo, simply phenomenal.
WPAT (AM) 930 was in AM Stereo. I mention this for those who are unaware that this was the case, or for those who forgot. WPAT was an AM/FM simulcast for much of the 80s and when I needed to listen to something soothing, instead of my normal fare of Whitesnake or Van Halen, I did go to WPAT. Usually when I was suffering one of my frequent blinding migraines.

I told you that, just to go to the old description I wrote about this aircheck. I wrote this eight years ago when I had the Contributor’s handwritten notes in front of me. Here’s what I wrote:

Contributor Ray Bozzanca sent this in some time ago. The source recording was obviously made for someone wanting the music only, as the tape was a 40 minute reverse-scope with most of the deejay talk and imaging removed… but what remains of this station’s identity is presented here. This is from a short period in the history of WPAT-FM, which at the time was still an AM/FM simulcast. WPAT had then recently gone soft AC out of a longtime Beautiful Music format, and was programming to New York City proper, from its signal in New Jersey. Later in the 90s, WPAT AM and FM would each get separate Spanish Formats and leave the English language audience permanently. 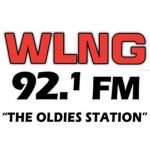