Dave Huie (aka C.c. Matthews) had recently “landed” his P.D. Gig at
1440 WROK, Rockford, IL….as I was
unhappily at KXOA (formerly KNDE) , Sacramento, Ca. So…I “put the
Call into” Dave in early Jan. ’79…Asking…NO…More like Begging
him…to help “Get me out” of a Difficult situation in Sacramento
,where I simply was not “properly aligned” with Program Director Art
Schroeder ! KXOA was doing an AM Version of Lee Abram’s “Superstars”
format…playing Ted Nugent…on my show (Morning Drive) at 6:30 in
the Morning ! Needless to say, we had EVERY pre-pubescent listening
to us, but, obviously, could not “Sell” the Station to an Interested
“Client Base”!
Well…before I “knew it” C.c. Matthews was calling me back
quickly…with an “Offer I Could Not Refuse” …not that I would have,
anyway ! Middays at WROK…a GREAT Station with a Great History…and
Loyal Audience ! Mr. Nolte was the Owner…and word is that He was
quite instrumental in “something to do with” the Broadcast Cart
Machines we all used at the time…perhaps “Mini-Mation” (?)
…putting silent “Cues” at the ends of cartridge recordings.

Anyway…The Owners flew me from San Francisco to Rockford for my
“Interview” …I was Hired…and Two weeks Later…I was ON ! I’m so
Glad I had been fairly Close to Dave Huie a few Years before, at
WAXC…where we were both Jocks ! He Quite Literally Saved My
Life…because, upon getting back to KXOA…I got “the Hammer” ! 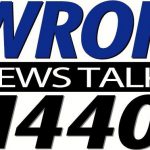