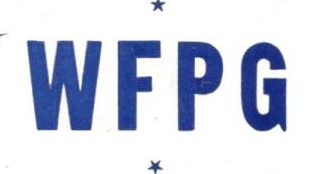 This recording is from 1450 WFPG, and it aired in March 1968. Wally Carver was the announcer on WFPG. Featured is CBS News with George Herman, and on CBS Sports Central USA is Win Elliot. WFPG was a Middle of the Road station, located on the Steel Pier on the Boardwalk in Atlantic City New Jersey. WFPG was one of the most popular stations at the Jersey Shore.

It’s facinating to hear some of the top news & sports stories from March 1968, like Robert Kennedy saying he wasn’t going to run for president, but he changed his mind, and regrettably, we know what happened. -Ellis