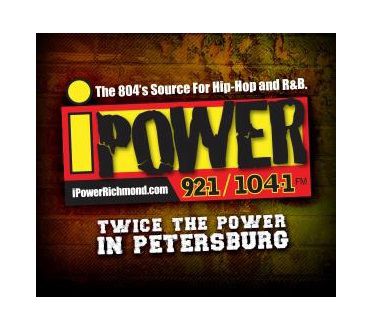 An anonymous contributor sent in this 45 minute cassette side of what sounds like an off-daypart of Urban formatted WCDX “Power 92” Richmond.

Won’t you help out?
Each month, we ask for donations to support our online museum. It’s an ongoing request, because only a few ever donate, despite an audience in the thousands every day. Won’t you please help out and chip in? It goes to a worthy cause, helping to keep these classic radio recordings online and free to the user. Airchexx is a user-supported but free historical and educational website that also provides thousands of hours of listening enjoyment every day. You can make a voluntary, monthly contribution below, or look in the sidebar to the right for a link to make a one-time donation to help us defray costs. Thank you.

The jock doesn’t say his name once in this scoped down 5:48 glimpse of Power 92. This isn’t a composite, just one cassette side. We took out most of the commercial breaks, but left in station imaging and promos. In the second commercial break, there is a legal ID snuck in between commercial elements. Otherwise, the rest is just limited jock patter.

The audio quality isn’t the best. This recording was made within the station’s city grade contour, however, the receiver had the bass levels up too high and it distorted in places. To compensate, we had to greatly reduce the low end of this recording. Still, there is a bit of grainy sound to some parts of this scope. Think back to 1996. This was *just* before the availability of PC-based digital automation. For that reason, you will notice on some of the station’s elements, the source tape (most likely carts) was less than stellar.

What you don’t hear in this aircheck are the long music sets. The music would go two, sometimes three songs before the jock came in to speak. Also, there is no imaging in between songs. These were mixed segues, much like at a club. 1990’s Urban format at its best! There is no newscast, but one weather read by the jock on duty. And outside of a commercial which got scoped out, there’s little indication that this was 1996. One of the promos does, however, give the date as July 31st.

This is different, to be sure. But considering the enormous changes and challenges that the radio industry is going through, it is important that stations of all different kinds of formats are saved and posted here, so that future generations will be able to look back and hear how radio sounded at the end of the live 24/7 era.