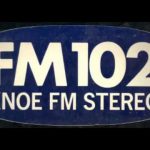 One of Matt over at Big Apple Airchecks’ good friends “in the biz” is Allan Beebe, who is heard here back in 1972 on KNOE, one of those northeast Louisiana stations that was originally an AM only but added FM service shortly after signing on. This station was started by Louisiana Governor James A. Noe, Sr., back in the early 50s… so the station had been around awhile.

Beebe would go on to greatness at such stations as 91X in San Diego, 66 WNBC New York, and elsewhere. Interestingly enough Beebe actually says his FIRST name on this aircheck. At other stations, he simply would introduce himself as “I am Beebe”.

Enjoy this, another historic broadcast brought to you via the services of Matt over at Big Aple Airchecks in New York – Thanks!