Every market seems to have it’s own iconic radio personalities who are known by almost everyone in town. Detroit’s Arthur Penhallow was one of those personalities. He spent almost 40 years in PM drive on 101 FM, starting at  WXYZ-FM in 1970, which at the time was airing a syndicated progressive-rock format distributed by ABC called “Love”. Penhallow was one of the “Love” format’s local announcers and stayed on as WXYZ-FM transitioned to an all-local air staff and moved from progressive rock to the then-new “album oriented rock” format as WRIF. Arthur P., or “Big Daddy”, was known for saying of his name as “Arthur Penhallow, BABY”, and the cry is one of WRIF’s most popular bumper sticker slogans. Arthur Penhallow’s “Baby” was so popular, when Howard Stern was a D.J. at Detroit station WWWW, he mocked Penhallow’s “BABY!” by announcing, “This is WWWW in Detroit, MAMMY!” Penhallow’s contract expired at WRIF in 2009, and he was off the air for more than a month before finally releasing a statement on March 27, on his Facebook page saying: “It appears that my days in Detroit radio are over for now. Thanks for your support over the last 39 years….I shall return.” 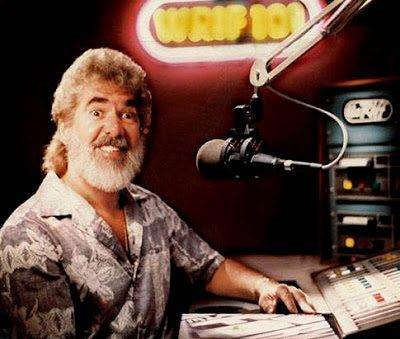