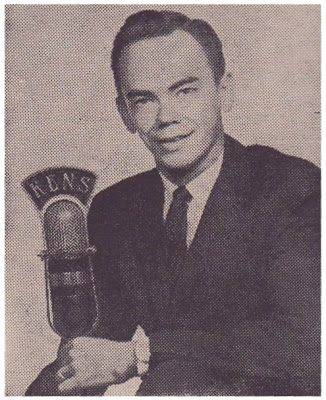 Not many radio DJs have a Grammy, but Bill Mack does!

Radio personalty & songwriter Bill Mack penned the song “Blue,” which became a big song for Patsy Cline in 1958, & a smash hit in 1996 for LeAnn Rimes. He has also written songs for George Strait, Dean Martin, Ray Price, Jerry Lee Lewis and George Jones. In addition to Bill’s singing & songwriting career, he spent a half century entertaining audiences on the radio. Bill juggled music & radio for 20 years, when he landed his dream job, hosting the overnight show on 820 WBAP in Dallas. Bill founded WBAP’s  U.S.1 Trucking Show, which later became The Midnight Cowboy Radio Network and was syndicated by ABC Radio, who carefully selected the affiliates to give maximum coverage of the country. It was targeted to truckers, and gave trucking information, along with Bill playing Country music. Bill hosted the show from 1969, until he stepped down in 2001, to join the Open Road channel on XM Satellite Radio, where he broadcast until 2011.

Here is an aircheck of Bill Mack early in his career, about a decade before WBAP, at KWFT in Wichita Falls, Texas, doing his weekend show, which I believe was picked up by CBS Radio.