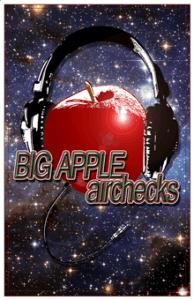 WGAR (AM) was the flagship station of Nationwide Communications. Like many of the national radio ownership groups at the time, Nationwide placed emphasis on high quality broadcasting, personality driven stations with a well processed audio chain. In the case of WGAR, there was ‘light’ reverb in the audio chain. It was highly compressed and the modulation was CRANKED… but it was very clean. Jingles were from JAM Creative Productions in Dallas. WGAR had a full news department and led the Cleveland market in all dayparts during this time period. There’s a full newscast here read by John Callahan.

The Real Bob James… if memory serves, Bob James would end up at WNBC New York, doing the “Time Machine” at the end of WNBC’s life before Emmis purchased the station and turned it off, moving WFAN from 1050 down to 660. Somewhere, we have a recording of Bob James and the Time Machine which we’ll post at a future date.