Here’s a station that has managed to stay the course for a couple of decades as “Boston’s Classic Rock”. The station outlived Boston’s heritage Rock station WBCN, and other stations which have come and gone since WZLX first came along out of the ashes of a one-time Beautiful Music station (WHUE) and CHR (WKKT). The only real competitor for WZLX is Active Rocker WAAF, at the younger end of the spectrum, and Classic Hits 105.7 WROR. Even Oldies/Classic Hits mainstay 103.3 WODS is gone.

Chuck Nowlin was know for his days at WAAF Worcester, and notice the promo for “The Big Mattress” – Charles Laquidera moved his morning show over to WZLX from WBCN, which itself would expire when WBMX 98.5 moved to 104.1.

So, lots of changes in the Boston market over the years (and rumors of a change at 96.9 in the air as this posts), but this is from just another time in Boston History where jocks and shows were making adjustments, as has been almost continuous practice in Beantown since WRKO flipped to Top 40 all those years ago in 1967. 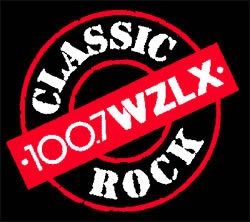