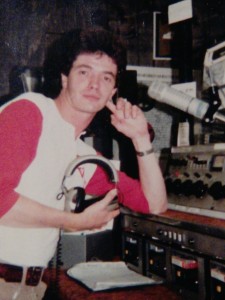 “That record is a thing of beauty, that oughtta be made out of sterling silver instead of black plastic”

Here’s a great example of a relatively low powered, Medium Market city station that dared to be GREAT! This starts out with Morning Man Robert Craig Savage and then moves through the broadcast day, albeit a bit choppy, but we’ve cleaned up the breaks a bit. Indeed, how could a little AM station in 1974 sound this good? The audio is clean, so clean, in fact, it sounds as if it came from the studio skimmer machine or from reel. Contributor Steve Bleecker can probably tell us where this came from.

A few of these guys really made their mark in the radio business after WAXC – including Tom Birch, and Doug Tracht, AKA The Greaseman.

Many thanks to Contributor Steve Bleecker for this long-overdue aircheck!