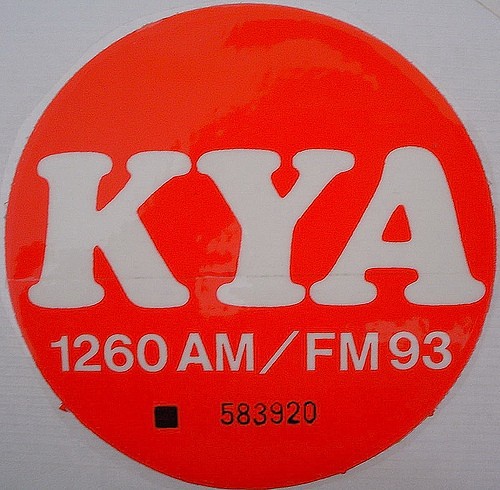 Long dramatic jingles, disc jockeys who comment about everything with lots of talk between songs, outdated news sounders and reverb on demand all highlight this first San Francisco top 40 station. This is quite entertaining, however, because while the formatics shown here on KYA are loose, a reminder of the early 60s, the jocks are very talented and the format comes off very tight. Nobody skips a beat or misses a cue.

Its a history lesson for those who never heard what radio sounded like in 1965.

Thanks to visitor Paul Duca for reminding us that crosstown KFRC’s “Boss” sound was still a year away, and at the time of this recording, KYA was the only game in town. Your webmaster had a senior moment…