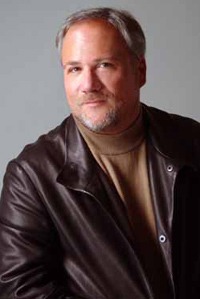 WPGC Morningside.  Well, they say its darkest just before the dawn. Or, in this case, the station was hottest just before the end. The station would eventually become an Urban Contemporary station and shed its longtime Top 40/CHR format as the 80s unfolded. Here, in the first quarter of 1980, Don Geronimo proves that this station cooks just as hot as the best CHR stations of the day!

The station is playing the hottest music of the late 1970s, and it’s TRUE VARIETY (not diversity)! Of all things, this aircheck begins with the Captain & Tennille! Just some of the titles WPGC has on the evening playlist include Fleetwood Mac, Styx, Bob Seger & the Commodores. We sure wish we could post the unscoped version (maybe someday).
Some interesting facts about WPGC-FM. 95.5 once held the WBUZ call letters, which were changed to WRNC in 1956. The city of license at that time was Oakland, MD. The original call letters were a play on the word ‘bus’ since the station played background music for a Prince Georges County bus company(*). In 1958, the station moved to its new studios in Morningside, MD and got the WPGC to call letters. The calls meant “Prince Georges County”, which Morningside is part of.


WPGC-FM ran a Top 40 format until 1984, when it flipped, first to easy listening/soft AC (which flopped miserably). After that, the station flipped to Urban Contemporary. WPGC has remained in that format ever since.

WPGC-FM simulcast its programming with it’s AM sister station, WPGC 1580 until 1988, when the AM side broke away upon the sale of both stations to Cook Inlet Partners, Inc. The AM took on a Business Talk format. Succeeding formats included Hip Hop, Religion, a brief return to a simulcast of WPGC-FM (by then Urban Contemporary) and then its current Conservative Talk format. In a bit of irony, the iconic WHFS call letters, which identified 99.1 Annapolis and it’s longtime Alternative format for so long now identify the AM.

Don Geronimo, after a very successful career which included many years partnered with Mike O’Mara at WJFK AM/FM, is now retired.