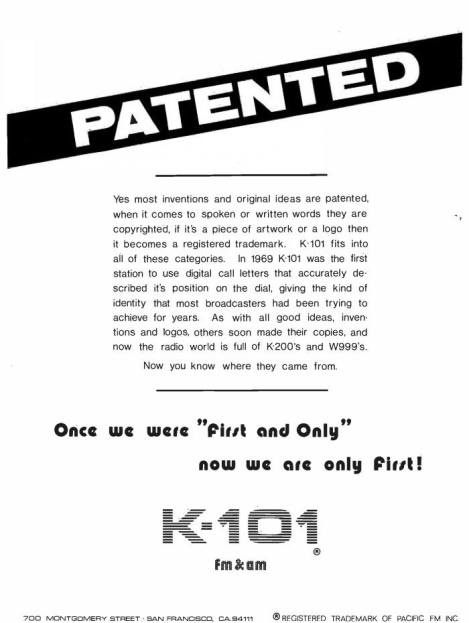 KIOI, known to it’s listeners as K101 FM, was owned by engineering graduate and broadcasting magnate James Gabbert. It was a rather wild station. They had what could be best described as an adult top 40 format with a deep, deep playlist where you would hear all kinds  of music.  The station was very successful from the early to mid 1970’s. Mr Gabbert was  was not averse to climbing the antenna tower to  fix a problem. Gabbert, along with program director Don Kelly, took all kinds of chances with the programming, as they were not satisfied with a cookie cutter and consultant driven formulas. The station had a program called “Anything Goes,” that aired every Sunday, where you could literally hear anything! This aircheck features an episode of Anything Goes, featuring Don Kelly, rather than regular host, James Gabbert. It’s probably one of the most unique shows you’ve ever heard!