If you grew up during the glorious days of AM radio in Philly in the 50s and 60s, there were 2 AM radio stations that you probably listened to for Pop music. One option was Famous 56, WFIL. The other was “Wibbage,” WIBG, located at 990 on the AM dial. These two pop radio behemoths ruled the airwaves during the Sixties. Both stations were very personality-driven, with larger-than-life DJs who played the Top 40 smash hits of the moment, and depending on your favorite boss jock, you were either glued to 560 or 990 AM. It was captivating. While WFIL’s DJs were the “Boss Jocks,” the WIBG DJs were the “Good Guys” – Joe “Rockin’ Bird” Niagara, Jerry Stevens, Bill Wright Sr., Frank X Feller, Dean Tyler, Allen Dean, and “Hysky O’Rooney McVoutie O’Zoot”…AKA Hy Lit. By the late 1970s, both stations were running on fumes, as the radio audience was shifting to FM. WIBG management decided in summer of 1977 to take WIBG in a new direction. The station would in a more “Adult Top 40” direction, and be branded as WZZD, Wizzard 100. The new station flopped, and then moved to Disco in 1978.
Below, listen to the final sign off moments of WIBG hosted by Hy Lit, joined by Joe Niagara on the phone. It’s a little awkward because Wibbage is pronounced dead at 5:54pm, but Jerry Blavat would come on at 6pm to host the final 6 hours of WIBG. Jerry was upset at Hy & station management for killing the station before he did his 6 hours. From a production stand point, I think it’s one of the greatest moments in radio history. It was a very emotional broadcast for Philly. If you remember the day the music died on WABC in 1982, this was the equivalent in The City of Brotherly Love.
(Sorry about the audio quality! Recorded from South Jersey.) 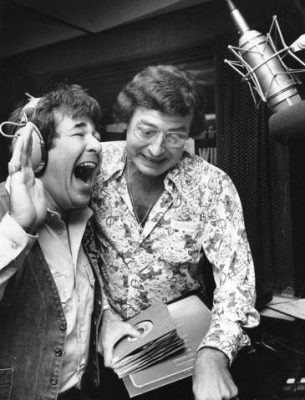 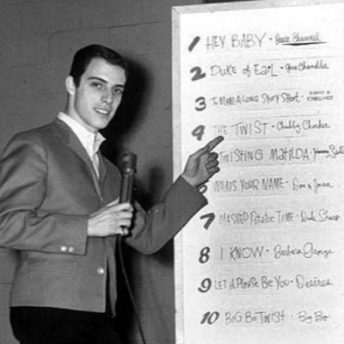