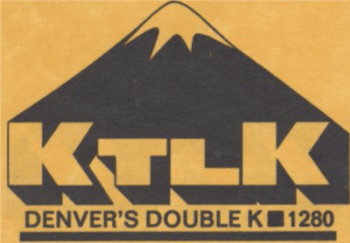 In 1968, Denver’s KTLN dropped it’s News Talk format, and flipped to Top 40. It was actually it’s second go round as a Top 40 station, as it had the format years earlier.  The KTLK announcers became known as “The Mod Jocks.” In addition to cranking the hits, KTLK featured many talk shows dealing with hot topics that young people cared about, like Vietnam, drugs, and social issues. By 1970, the talk shows went away, and KTLK was going head to head with KINM. They put up a good fight, but by the mid 1970s, the station saw there was no longer the room in Denver for two Top 40 AM stations and shifted to the hot format of the day, Disco. This aircheck feature KTLK during their heyday in 1971, with Gary Hamilton on the air.