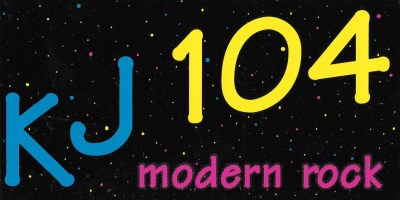 Its back to 1986 and the final appearance for Dick Ervasti on the morning show at K-JO 104. The station’s format is an interesting mix of music, branded on-air as “The Best Rock Ever Recorded”. While the format didn’t exist in 1986, this certainly qualifies as a Classic Hits station in nearly every respect, although it is apparently playing currents in the mix.

Want us to cry now or save the tears for later…

If you like hearing radio guys with deep voices, this is definitely for you! Both Gary and Dick’s voices are “in the cellar”, so to speak! It helps that the station was well processed and that just seemed to add headroom to their deep baritones!

Oh. Not into that, eh? Well, the two men’s laughter is infectious.

Historically, speaking, listen for advertisements for Cessna aircraft, Sears, Purolator Courier, Automax and Grizzly Beer. Yes, Grizzly. Apparently that was a thing in Minnesota back in the 80s. Maybe it still is! In the news… Postage stamps are going up again. To $.25 each. And Clint Eastwood has been elected mayor to a tiny town in California by a 70% margin!

Gary & Dick are giving away tickets to the Twins home opener. A sure sign of spring, even though the forecast temperatures are in the 30s.

Aircheck courtesy of Dick Ervasti. Many thanks for this first glimpse into the station known as KJJO.