97 WWDJ… the little station that could. And DID. For a time, this station did actually compete with Midtown Manhattan for the ears of Top 40 radio listeners.

We don’t know the complete background of WWDJ, but we have restored a somewhat muffled aircheck as best as possible so that our visitors may listen to this 5 minute scope and decide for themselves if WWDJ EVER really had a chance in the NYC moarket.

Credits
Airchexx.com gratefully acknowledges the contributions of Steve Bleecker in donating this high quality recording. Thanks also to Andy Kitchen and Henry Frick for their roles in bringing this wonderful recording to our archives, so that all may enjoy and remember how radio was, and how it should be. Thank you. 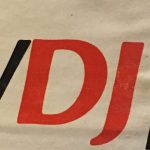