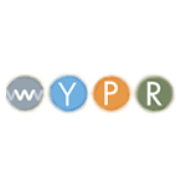 And just what did CHR radio sound like a scant four years after Telcom 96 set the ball in motion for consolidation of just about everything? This is a pretty good representation of the state of the format as we closed out the 90s – bland (IMHO) music, about 18 commercial units an hour and way overblown imaging production. But, it was an honest attempt to create excitement, and Jeanine Jersey’s voice sounds great on this once decent sounding FM station. And, no negativity intended toward the air personality. We’re sure Jennine Jersey went on to better things in radio after this – at least we hope, she sure has the talent.

While we don’t know the exact dates, after this CHR format failed, WRXS went to an Alternative Rock format, then got sold to some Baltimore area NPR affiliate, who then turned this station into an NPR signal to cover gaps in it’s Baltimore coverage area. But, cheer up, this coulda ended up as a brokered, leased time ethnic or religious station.