An original recording from Webmaster Steve West, here’s John O’Brien (WCCC, Bax & O’Brien WAQY Morning Show) counting down the biggest songs of the Classic Rock era. Packaged as the Memorial Day 500, WAQY attempted to capitalize on Nascar’s Indy 500 stock car race.. and it worked, as far as I could see at the time.

Recorded high on top of a hilltop campground site in Colrain Massachusetts, this tape has held up well over the years. One of only a handful which your webmaster recorded and took everywhere, even onboard Navy ships during his military service.

Celebrate the start of Summer right here, listening to one half of Rock 102’s “Bax & O’Brien” morning show back when he was just a jock who even worked weekends. From the site where Classic Radio Lives! 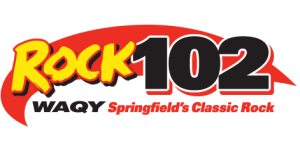