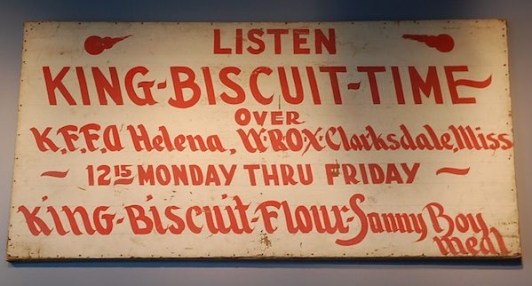 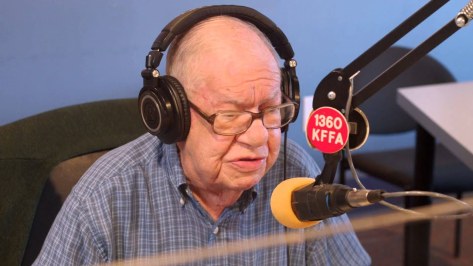 King Biscuit Time, one of the longest running radio shows in radio history, first aired on KFFA-AM radio on November 21, 1941, the creation of Station Manager Sam Anderson, Delta blues harmonica man, singer, and songwriter Sonny Boy Williamson, young blues guitarist Robert Lockwood Jr, and Max Moore, head of the show’s longtime sponsor, Interstate Grocer Company, distributor of King Biscuit Flour. Sonny Payne hosted the show from 1951, until his death in 2018. In 2018, some select shows of King Biscuit Time from 1965 were chosen for preservation in the National Recording Registry by the Library of Congress as being “culturally, historically, or artistically significant.” The show continues to run to this day.
This show should not be confused with the 1970s & 80s Rock Concert show, The King Biscuit Flower Hour. However, there is a connection between the two shows. The show’s name “King Biscuit Flower Hour” was derived from the influential blues radio show King Biscuit Time, which was sponsored by the King Biscuit Flour Co., combined with the hippie phrase “flower power” from the 1960s.