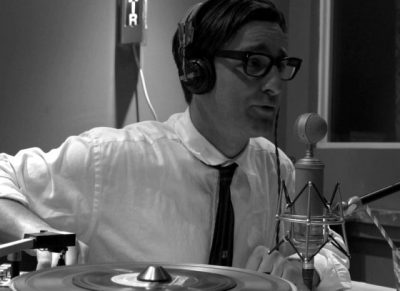 Pete “Mad Daddy” Myers was one of the most unique radio personalities, from the golden age of Rock & Roll radio. He drove around Cleveland in a pink Pontiac wearing a Dracula cape, which helped to create the visual of the Mad Daddy image. On air, his style might be described as “Gothic beatnik.” Mad Daddy had a ghoulish sound, as he talked in rhyme, with a bubbling cauldron sound effect behind him, as he played R&B & early Rock & Roll records. In the late 1950s, he became wildly popular with teens, first in Akron, then in Cleveland on WHK & WJW, but Pete wanted more. He tried TV, but it didn’t work out for him. In 1959, Pete got the call from New York, and his his show would be on in the #1 market! Sadly, the Mad Daddy act never quite caught on with listeners in The Big Apple, as it did in Ohio. At WNEW he only did Mad Daddy for one night, before management said to stop. Pete continued on air in New York in the 1960s, as Pete Myers, but when he went to WINS, Mad Daddy had a rebirth, but he could never recapture his earlier success.  Pete, troubled by not achieving the success he wanted, took his life, October 4, 1968. A sad ending for such a talented air talent. 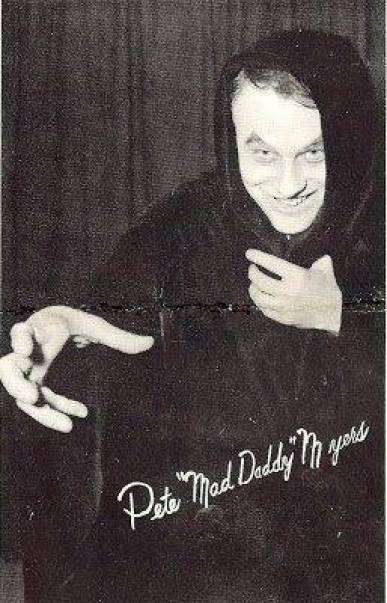