When we received this group of tapes from Contributor Robyn Watts, we never dreamed of the gems we’d find inside.

AM 1150 Seattle was known as “Country KO” for a time… much of the 1960s into the 70s. However, this nearly 5 minute scope of Mike Phillips (KFRC) showcases the EARLY Top 40 format that this station had in the first part of the decade.

Notice the old (we think) CRC jingles to start off. Mike Phillips sounds very ‘official’ here, both as a jock, and as the news announcer towards the end of the recording. A one minute newscast, “Worth 60 seconds of your time” catches Phillips at his News-rigidly best.

Its very difficult to find anything to criticize here. An early Top 40 format on a well-produced station. Phillips doesn’t miss any cues, the music is right down the middle… this COULD have been one hell of a rival station to KJR, but it wasn’t to be.

And Phillips went on to stardom at 610 KFRC San Francisco sometime after KAYO. Little wonder. 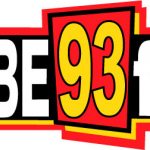