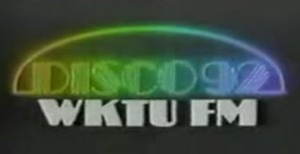 Granted, the station that finally knocked MusicRadio 77 WABC off it’s Number one perch was a Disco station at the time, but 92-KTU had moved solidly into the mainstream by 1985, and was in the fight of its life to remain in the world of Pop music. No station was going to win that fight with crosstown, three year old WHTZ Z100, and WKTU would end up flipping to Active Rock WXRK. But in 1985, Dan Ingram was at KTU, bringing along the Honored Group of The Day and an acerbic wit that nobody could match – and still can’t!

At only three minutes in length, this is more of a teaser. You’ll surely be left wanting more of Big Dan Ingram on 92-KTU!