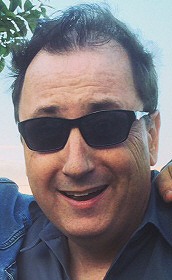 Congratulations to the San Francisco Giants for doing it last night!

Here’s a tightly scoped aircheck of Rex McNeil on what was then the NEW KFRC-FM! So new, that as Rex told us, he was the first guy on the air when 99.7 flipped to Oldies..

Audio Player is below description
McNeil has a long history in San Francisco radio, having been on a number of radio stations including “Kat Country 103”, 105.1 KNCI and 100.5 KZZU! He has a large following on Facebook and has a pretty big collection of airchecks on Soundcloud.

This particular aircheck was recorded by McNeil himself, but was also sent to aircheckdownloads.com (we’ll credit them as a co-contributor) out of the U.K. The audio quality is simply outstanding! This is the glorious era before Neilson ™ ratings and the dreaded Voltair (you can click here to learn what this Voltair is), which has really ruined many stations over the air audible signal. Not so here! This just sounds great!