Go ahead, you double-takers! Combine a former 90s CHR powerhouse, the same station name and combine it with a Shootout, a girl named Nikki, a guy who could hold his own at ANY of the old 90s CHR stations named Ronnie Philips, and some sawdust-kickin’ hell-raisin’ Beer drinkin’ Country Music and what do you have?

The same high energy is present at Q104 as was there on January 15, 1985, when Dancin’ Danny Wright was captured on this very radio station playing a very different kind of music! But, no, Q104 is now a Country Station! The same rules seem to apply as in the old days: Have fun (or else)!

This is a really good, but way too short scope of Ronnie Philips. Full length it was about 40 minutes, scoped down to just over six. But that’s how radio is today, we don’t get to hear nearly enough of what goes on in between the records, er, mp3 files. What you do get to hear shows you all too clearly, Ronnie Philips is certainly one of us! 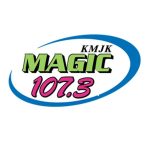 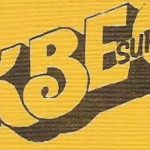