From the ashes of Country station WOGY ‘Froggy 94’ arose this Modern AC station called “The Buzz”. This one jock who started a classic radio website poured his heart and soul into the 7-12 night show, back before live evenings became a thing of satellite feeds and pre-recorded voice tracks.

It’s early on in the year 2000, the Buzz is only two months old and as far as I can tell, this is the only known aircheck of WMBZ. Looking back, this format had serious potential, however, Entercom brass wanted to take the format in a different direction – eventually backing off on the Rock and watering down what now sounds like a Rock-Based top 40. We’ll talk about what happened to this station, which as of this writing is known as Classic Hits 94-1 KQK.

On a personal note, while some who remember me from my days at Entercom Memphis might disagree, I had more fun on the air here than at any station in my long radio career. Listen to the energy level… You really can’t do this anywhere in radio these days, as it’s discouraged by corporate just about everywhere. That I got away with it for six months as the lone holdover from the old Country format simply amazes me. And, even that isn’t totally true, my friend Paul Hankins (Hoppy Gilmore on Froggy and Greg Powers on The Buzz) got to stay for a few weeks into the new format, and my friend Tripp was promoted from part time to full, as my replacement on the 7 to midnight shift.

Here’s proof that radio was and still can be more fun than a human being can have, and get paid for it. 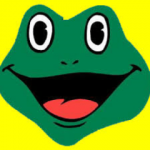 The most outrageously funny aircheck you've heard in many years! ...