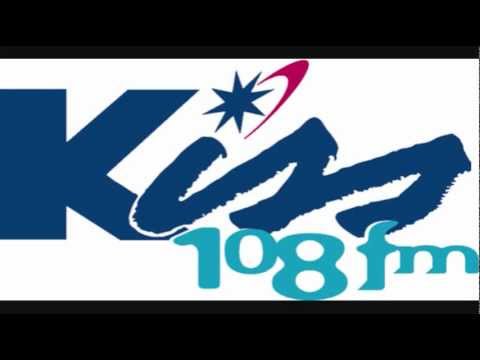 In the history of Boston radio, perhaps no other Program Director was as successful or famous as “Sunny” Joe White. Hired by Ritchie Balsbaugh to launch Disco “Kiss 108” in 1978 from the ashes of Beautiful Music WWEL-FM 107.9, White took Boston’s first Disco station straight to number 1. By late 1979, as the Disco fad faded into oblivion, White took Kiss in a new direction, and by mid-1980, Kiss was straight-ahead Top 40, where it remains as of this writing.

Sunny Joe White’s success with Kiss 108 really is unparallelled, at least from a longevity standpoint. While the decade of the 70s saw WRKO as the mainstream Top 40 outlet, RKO never achieved the ratings or fame that Kiss did. At one point in the 1983, Kiss OWNED the CHR format in a four station race that included WHTT, WZOU, Kiss, and even for a time, WROR 98.5, which tried the format for a while in ’83 before returning to AC.

But this ‘check is from 1989. While personnel changes and a loss of CHR competition would mark the 90s, Kiss is still going strong, in a mainstream battle between itself and crosstown WZOU Z-94. White, in addition to PD was also the night jock, in a position that he would hold a little while longer before a dispute with Balsbaugh would force him out in the 90s, only for him to wind up at Fairbanks’ WVBF.

Kiss really cooks here. White is returning from vacation and is having a lot of fun. The music rotation leans a bit more rhythmic, but the Rolling Stones make an appearance, as does Starship and a few other Rock dinosaurs.

Sunny Joe White died in 1996 at the age of 42. His passing was written about in the Boston newspapers and other publications, including THIS piece at “New England Radio Watch” online at bostonradio.org from September 13, 1996 by Scott Fybush.