Here’s one that will make you go WOW!… Terry Knight on WEAM!
**2021 Update** – This post has been viewed over 12 thousand times since first posting in 2014! That’s pretty amazing considering the station has been gone since 1984. Our viewers have long memories!

A few notes. You’ll notice there are no ‘jingles’, but there are some produced liners and sweepers, such as sweepers sounded in the 1960s. By 1968, WEAM was using jingles from PAMS. WEAM would later drop the jingles again in the 1970s during it’s progressive rock era.

View this from our official Airchexx Classic Radio YouTube Channel:

**2014 Update** – Thanks to comments from those who were there, we can post some corrections and updates.

John Guntner (below) writes: Terry Knight was Jack Fisher renamed by station manager Harry Averill. Jack apparently lives in Roanoake, VA, and you can read up on is whereabouts at the WROV tribute site, //www.wrovhistory.com/ Read more comments about WEAM below.

Apparently pulled right off the master reel, this comes to you in stunning audio quality for such an old aircheck. Runs about 5 minutes. 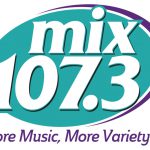