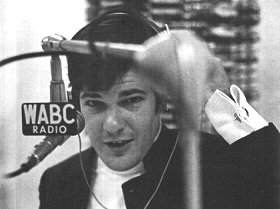 To listen, click the BIG BLUE BUTTON below
Roby Yonge fills in for Dan Ingram, February 3, 1968. The hits of the day, along with plenty of classic commercials including one for Coca-Cola sung by Aretha Franklin! Plus, one complete newscast describing the war in Vietnam.