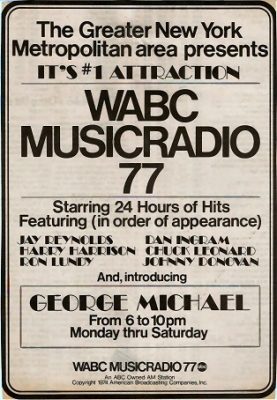 Hour #6: – Back to December 19, 1974 and the George Michael show. Listen carefully and you might hear George miss hitting the post by a microsecond… as Johnny Donovan says, that’s the first time anyone ever heard that!