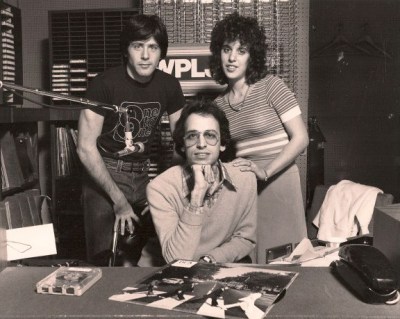 Here’s a sample of WPLJ New York during the heyday of its Album Rock format. It’s the start of 1979. Courtesy of Big Apple Airchecks this is a tightly scoped recording spanning a few days. Heard on this aircheck, in order:

In short, this is the airstaff that so many fondly remember. This is the era that WPLJ is probably BEST remembered for.

While what you hear is not all hard rock, it certainly was album rock music. With the possible exception of Fleetwood Mac and Billy Joel, everything else heard here has gained enough popularity over the years to make it onto the playlists of most Classic “Hits” stations, and certainly the Classic Rock stations. It wasn’t so for many of these songs in ’78 and ’79. Many were only heard in the domain of AOR Radio.


Underneath the jocks banter, there is an instrumental song being played without an intro. This was essentially WPLJ’s theme music at the time. The song is called “My Sweetheart” by the band Focus. There are others who can give the story of how this song came to be played and remembered so many years later. I’ll leave that up to our visitors.

Be an Airchexx Supporter! Click our logo (below) or the embedded link. Thank you.