I uncovered an interesting fact while researching this recording. What written history there is of early WCOS programming was apparently remembered wrong, or the facts concerning this station’s change to Top 40 on August 5, 1958 were logged incorrectly.

The recording you’re about to listen to features plenty of news, an “Open Mic” program and various programming elements throughout the day. WCOS is heavily promoting it’s new “Top 60 in Dixie” format about to begin the next day, and as part of its on air stunt, plays “I Wish I Was In Dixie” as the only record all day long.

WCOS at this point in time simulcasted its programming with its sister station WCOS-FM. One has to wonder just how many people had an early FM receiver to pick it up!

I’ve no idea how our Contributor, Robyn Watts, came into posession of this recording, but she is from South Carolina and perhaps had occasion to visit WCOS. WCOS still exists with its original call letters on 1400 AM. It runs 1,000 watts with a Gospel format and is owned by Clear Channel Communications. 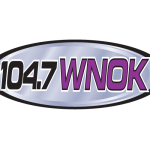