New Contributor Dale Knippers debut aircheck is actually a 5 minute scope of his show on 103.7 WSOC. WSOC has been a Country station for a long time, starting way back in 1971. It was once the home of the late Bill Dollar, and has been re-branded more than a few times over the years. At the time of this recording, WSOC was using the on-air slogans, “Your NASCAR Station” due to it’s airing of weekend NASCAR races, and “Charlotte’s Number One Country”. As of this writing, the station’s slogan is, “Country’s Hottest Hits”.

Back in the day when we were live & local..If it sounds like I was havin the time of my life…I WAS. Being the race fan I am..I kept a horsepower hard on a cat couldn’t scratch.

Indeed, Knippers sounds like he really was having fun!
Listen for TimeSaver Traffic with “Officer Stickley” toward the end of this scope. 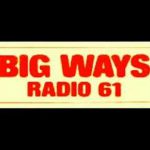