The study of radio history often leads down different roads. Trying to find logos, for example, can be difficult. Especially when the radio station in question disappeared over 25 years ago. So it is with Pittsburgh’s 1080 WEEP.

It’s been about 15 years since we opened up the Contributor Robyn Watts vault. Here’s one of several ‘new’ exhibits after all this time.

Apparently, at least according to FCC records, WEEP changed call letters and effectively disappeared on 04.01.1992 when it became WDSY. Now, WDSY was the sister FM Country station’s call letters at the time, although in future WEEP airchecks you’ll notice that back in the 1960s, WEEP’s FM station was WEEP-FM. And the FM side has always been Country! Ok. Enough of that. I mentioned it in order to mention that it’s nearly impossible to find a “real” WEEP AM 1080 logo from this period in time. I found one, from a few years earlier. And the logo above? That is the current incarnation of 1080, owned by the Wilkins Radio Network. It’s a Christian station with preaching and teaching and all that.

Here’s Dave Anthony, whom we’ve never featured before here at Airchexx! He sounds good on the air, but you’ll notice a couple of ‘gaffs’… two spots of dead air. Perhaps he was having equipment troubles at the time. In 1986, WEEP was an oldies station, maintaining the heritage of it’s Top 40 era.. which was interesting as you’ll see in future posts. WEEP back in the 1960s was a hybrid Top 40 pop station with Country music added in, most likely because the FM side was Country and the two stations often simulcast. Even here in 1986, Dave Stewart makes mention of “All Country” FM 108 as both stations were apparently simulcast during his show. Interesting stuff. 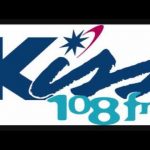 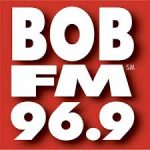