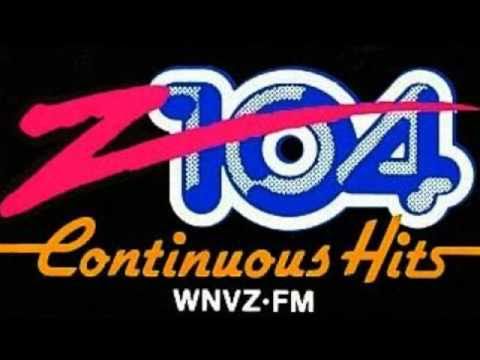 Is that a Radio in your pocket or do you just wanna play?…

This is the closest aircheck I’ve ever heard that compares to MJ Kelli (Todd Schnitt) when he did nights on crosstown 97.3 WGH-FM 97-Star back in it’s CHR incarnation.

Ellis and I shared a fun two-hour phone conversation.  I’ll try to paraphrase how he described his time at Z-104:

Ellis: – I took over the night show FROM MJ Kelli back in the 1980s and tried to beat him using the same approach.  High energy, lots of listener interaction – meaning lots of phone calls.  It worked!  We did it and basically put WGH-FM out of the CHR business!

Indeed!  Shortly after this aircheck was recorded, WGH-FM 97.3 flipped to Country as “Eagle 97”.  It remains Country to this day!

Just for comparison, here’s a link to the MJ Kelli Show as it was in April of 1988

Today, Ellis rules the airwaves on WPOZ “Z88.3” Orlando.  To describe that could conceivably take another page all unto itself.  The short version is, Z88.3 is the TOP radio station in Orlando by every measurement.  It’s a Contemporary Christian station to the LEFT of the commercial part of the band, with 100kw and on an old television antenna which is likely the highest antenna in the market.

I hope to soon have an audio interview with Ellis  who, by the way, has a larger aircheck collection than we do at airchexx… well, look for the all-new Ellis B. Feaster Collection coming soon with our site update later this Summer!  For now, enjoy this, the highest energy and most fun aircheck I think I’ve posted in many years!  Ellis B is a SLAMMIN’ night jock, and this represents everything that was truly GOOD and FUN about 1990s CHR before computers took over!  Enjoy!