Howard Hoffman is an ultra-talented performer, in fact, he markets his voice online at his own website, www.howardhoffman.com (corrected info). It’s no wonder, then, that this former New York City jock (WPIX-FM, WABC, WPRO-FM Providence) sounds larger than the Oldies he’s playing on KFRC. The station itself is really larger than its individual elements at this time. Original and remixed jingles, imaged by Bobby Ocean, and the right mix of 60s and early 70s music, KFRC’s AM/FM simulcast sounds nearly as good as the original on 610 from the 1960s! We’ve got a recording here from just the right time period, as 99.7 took a while to ramp up its Oldies presentation from the former Rhythmic X-100 (T. Rex MacNeil), and what came after.

Sadder still, to fans of the original Big 610 was the later sale of the AM to a religious broadcaster – but that’s a story for another time.

Howard Hoffman is right in the middle of a Beatles Wednesday. He’s the night jock and every bit as irreverent and sarcastic as at WABC!! Howard airs lots of listener phone bits, and you’ll get a LOT of his personality here as he does the “Passion Phone” at 9pm! 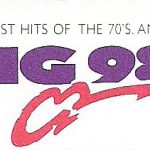 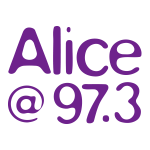