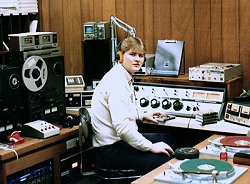 
Here’s the first in a series of airchecks from Maine!  I’ve decided to try something a bit different.  In the interest of accuracy, pasted below is the page from Wikipedia containing the write-up of WLAM.  The station ‘card’ for WLAM from Wiki is included.   Read below for our comments.

From Wikipedia, the free encyclopedia
WLAM (1470 AM) is a radio station broadcasting an oldies format. Licensed to Lewiston, Maine, United States, the station serves the Lewiston-Auburn area. Established in 1947, the station is owned by Robert Bittner through licensee Blue Jey Broadcasting Co., and simulcasts with WLVP (870 AM). Its 5,000-watt signal can be heard at day throughout most of Southern Maine and portions of New Hampshire and Massachusetts, and at night throughout most of New England and portions of New York and Canada.

Jump to navigation Jump to search

One thing that struck me about the history, as depicted on Wikipedia, is it does not go back further than the 1990s.  WLAM had a long-time Top 40 format and was very well engineered, having some great processing that included compression and reverb.  While I don’t know the year (yet) that WLAM began broadcasting its Top 40 format, Contributor Bob Gilmore says that it started in the 1960s and ran through at least the mid-1980s.

This aircheck was digitized by the contributor from cassette tape. The tape didn’t exactly hold up well. There are frequent drop-outs in some spots, and if you turn the volume up high enough, you’ll notice some distortion. The overall fidelity is not great, but it’s listenable – in fact, if you’re like me, this will be like eating comfort food – there’s something warm and homey about old AM radio airchecks like this that tends to make me feel very comfortable. Admittedly, the thought has crossed my mind that the drop-outs are not tape-related at all, but rather, nighttime DX fading. Fading at the high end of the medium-wave broadcast band tends to be shorter-spaced, and is caused by the cancellation of the RF ground wave by the skywave bouncing off the ionosphere and returning to Earth at a very slightly later time than the groundwave. Another factor that can make the fading worse, is when there is another reasonably close by the station on the same frequency, whose own skywave is also bouncing off the ionosphere.

Once again, I’ve had to tightly ‘scope out the music to comply with copyright law. Watch the Video Version of this aircheck on our official AIRCHEXX CLASSIC RADIO YouTube Channel below

Bob Gilmore is a long time contributor to Airchexx.com. He is a radio engineer, carpenter, and avid aircheck collector, with thousands of cataloged cassette tapes at his home studio. Bob Gilmore is a broadcaster (currently heard weekends on our official Classic Hits station, HitOldies) and a licensed Amateur Radio Operator, WD1M.Bob lives with his wife, his son, and two cats in Shelton, Connecticut. 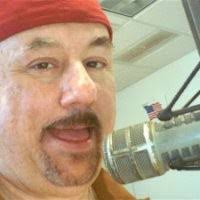 The recording is in mono, but in very high quality mono, suggesting that this was recorded using a typical widebanded ...

This appears to be the morning or midday show, and starts off in the middle of WLAM "Newswatch". ... 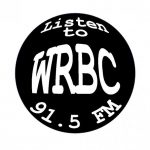