Jean Shepherd was a writer, humorist, satirist, actor, radio raconteur, TV & film personality. He was a master story teller, who would take bits and pieces from his own life, and weave tales of his youth. For almost three decades, he told these stories to the masses. In Cincinnati between 1950 and 1954 Shep did a show on WSAI and a nightly comedy show on WLW Cincinnati. This led to a gig on WOR New York where for 21 years, he gave listeners a nightly dose of genius.

His most popular and well known work is the holiday classic film “A Christmas Story” which he co-wrote and narrated.

On this aircheck, Jean talks about his early days in radio. -Ellis 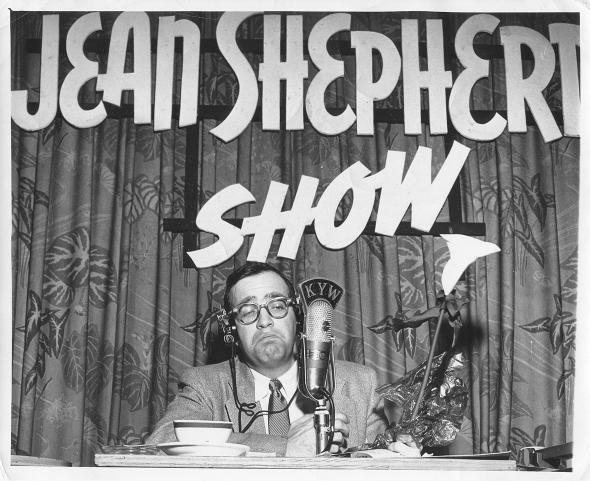