From our “California Aircheck” collection, here’s Mark Dantzer on WNCI. Running 9:45, scoped, this is in absolutely stunning audio quality.

Not only is this the first California Aircheck recording we’ve posted this year, its also our first offering from the Columbus, Ohio market. WNCI has been doing some form of CHR or HotAC since about 1970, making it one of the longest running Top 40 stations in America. Before 1968, the station was WFRD-FM and aired a Classical Music format, as many FM stations did in those days. As a point of reference, WNCI ran CBS’ “The Young Sound” automated format between 1968 and 1970, and at one point tried an Album Oriented Rock format during the evening hours during that time period.

Today, WNCI is a Clear Channel O&O station using the slogan “All The Hits”. Morning drive as of this writing is the syndicated Ryan Seacrest, as is typical of most Clear channel CHR stations. 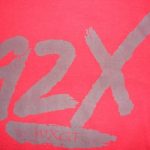