Before WKLB, WCLB, WBCS and even before Garth Brooks became known as a Country star, the station at 92.9 in Boston took on the unalienable task of trying to convince Bostonians that Country music was indeed a popular form of music worth their quarter-hours of listening time. But this was the mid-1980s and despite the success that WWYZ Waterbury CT would see when it entered the format just two years after this aircheck was recorded, WBOS only garnered mediocre ratings.

Too bad, as this station sounded great in its Country incarnation.

This was recorded by me, your webmaster, just a few days before Christmas at my parents’ house in Orange, Mass. Luckily for me, there had been a TV/FM roof antenna on the house that dad never used, but I did for picking up the Boston area FM stations.

This features Michael J. Obrien on the first part of the recording. Now, this is a bit interesting to me, in that, a few years later, when I was (in the Navy) ordered to a ship in Charleston, SC, I heard this voice on WEZL and could have sworn I’d heard it before. He announced his voice as “Michael Jay”… after pulling out and listening to this tape, I concluded this was the same guy. So, one day, I went down to the station and met him. He was amazed that I remembered hearing him in Boston. Wouldn’t he be somewhat shocked today to read this story and hear this tape? !! And, that’s the once in a while shock value of Airchexx.com!

The second half of this aircheck features Larry Dobbs. Unlike O’Brien, I’ve no idea what became of him, but I always enjoyed hearing him on the air in Boston. 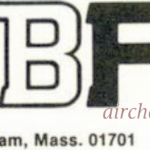 Moe Howard was one of the infamous "Three Stooges", whose short black and white comedy skits in the 1930s and ... 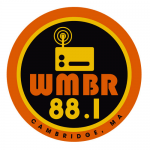