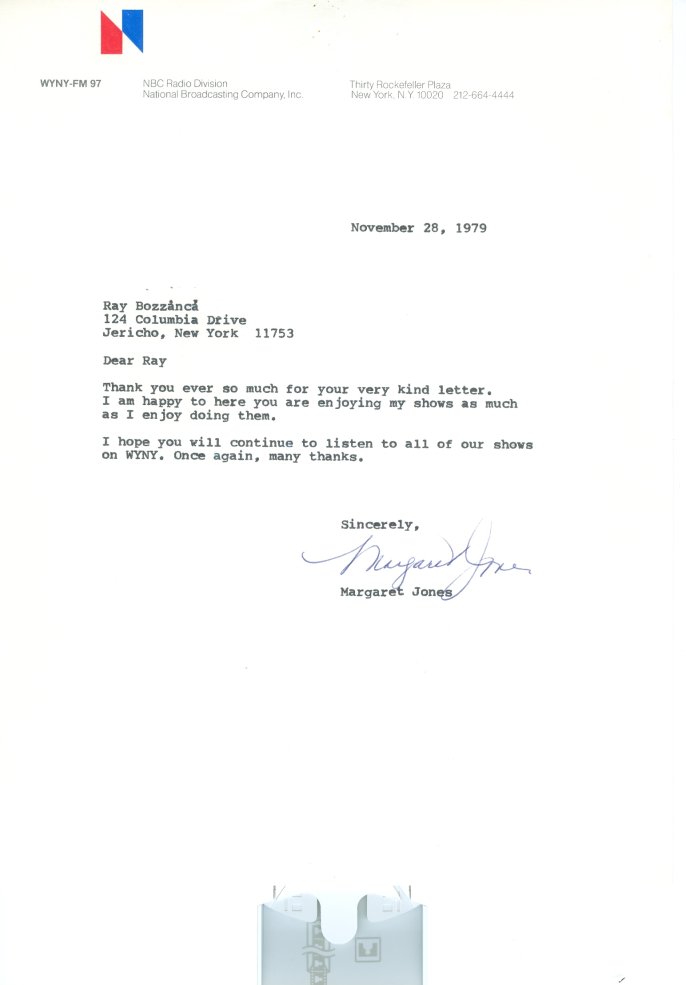 Contributor Ray Bozzanca was one of many fans of the late Margaret Jones, as evidenced by this letter sent by her in response to our contributor’s writing to her. Ray wrote:

Attached is the letter Margaret sent to me along with her signed photo from 1979.I spoke to Margaret on the phone while she was in the WYNY studio and was just as pleasant sounding on the phone as she was on the air.

Margaret Jones was one of those few unique (for 1979) women in radio who had both the perfect voice and an incredibly warm and inviting personality. In your webmaster’s humble opinion, she was a perfect fit for the gold-based AC format that WYNY featured at the time. She passed away on July 21, 2009. The Dover Post (Delaware) printed a beautiful obituary for her which you can read by clicking here.

You can also listen to a longer, 14 minute aircheck of Margaret Jones on WYNY, also from the Fall of 1979 and also contributed by Ray Bozzanca by clicking THIS LINK.