Hurricane Sandy. Has any storm ever put more fear into the hearts of people? The storm caused more damage than any before it, with losses in the Billions, and personal losses that can’t be expressed.

Why post radio coverage of a tragedy such as this? Several reasons. First, as with the media coverage of 9/11/01, these recordings represent history and belong in an online audio museum such as ours, just as the audio history of WW2, Vietnam, Korea, and even the comedic ‘Old Time Radio’ of the 1930s belongs.

Some will say they can’t listen. Some will listen, but not until their lives are back to some sense of normality. Others will listen out of curiocity, living in places away from the damage and destruction. Whatever your feelings about this, I’ve decided to post as much coverage as I, your webmaster, recorded until my power went out at about 3:30 pm on Oct. 29, 2012, as the storm’s full fury unleashed itself on the Northeast. When you’re ready, begin with this, the first of our series of coverage of Hurricane Sandy.

Our coverage begins with the afternoon news from WCBS 880 New York from Sunday 10/28/12 – the day before Hurricane Sandy made landfall in Southern New Jersey. Listen for the rundown of cancellations and mass transit shutdowns as Mayor Bloomberg got New York City ready for an onslaught never before seen in the Big Apple. 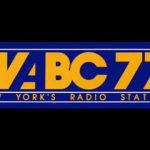 Fans of Ron Lundy will really enjoy this! The quality of this recording is excellent and Lundy sounds just as ... 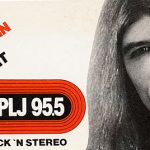