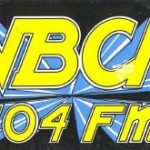 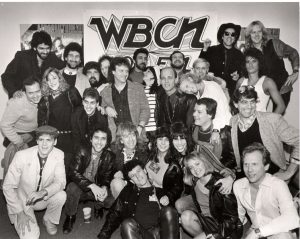 With very special thanks to contributor Jeff Lehman, we are proud to be the only place to chronicle the end of an era: A four-day celebration of the “Rock of Boston” WBCN.

The history of WBCN is described in various places on the web, but the technical and historical aspects of 104.1 can be viewed HERE, courtesy of The Archives @ BostonRadio.org.. We provide this historical link because we feel that the history behind WBCN is as important as the entertainment value of the airchecks featured in this series.

After 41 years as THE Rock station to turn to (some would argue that it was the first 30 years that actually counted), owner CBS, inc. pulled the plug on the format in a move that saw sister station call letters and format of WBMX 98.5 (formerly WROR, WRKO-FM) moved to the 104.1 frequency, a format change on 98.5 to Sports with new calls WBZ-FM, and a format which resurrected the old WBCN ‘Freeform’ radio days of the 60s & 70s placed on the WZLX-HD3 sub-channel (100.7), and the then-current WBCN Rock format re-started on WBZ-FM-HD2 sub-channel.

Here at airchexx, our mission isn’t to describe the stations’ history, but to feature the captured audio for posterity. This is the first in a multi-part series that will showcase the last four days of programming on WBCN 104.1, WBMX 98.5, along with the first few hours of programming of WBMX “Mix 104.1” and WBZ-FM 98.5 “The Sports Hub”.

The music and commercials have been edited out and only programming content remains, in order to comply with the various copyright laws concerning current commercials and recorded music (for those of you who may be CBS lawyers 🙂 ). Still, segment one, 3 hours of the original 5 hour file, run about 1 hour 24 minutes long.

There are plenty of programming highlights in this first segment, beginning with a segment of “The Big Mattress” – the Charles Laquidera morning show from sometime in the 80s… then Bradley Jay hosts the rest of the show, with segments of past programs from Ken Shelton… guest disc jockeys Bill Murray (yes, THE Bill Murray the actor) and former jock Albert O. 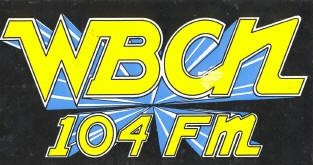 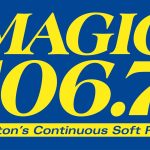