The heated battle between WCFL and WLS never was hotter than this… in 1973, ‘CFL actually BEAT WLS in the ratings – it happened only once. But what a year and what a sound the Voice of Labor had. Having ‘stolen’ Larry Lujack from WLS, and the addition of some great talent, including Big Ron O’Brien (who went on to bigger fame at WXLO 99X New York), WCFL really cooked during this time period.

Restored by your humble webmaster in honor of O’Brien, who passed away on April 27, 2008, here’s a 22 minute high quality aircheck recorded just after WCFL came off the number one rating book, the best book it would ever get. One listen to the fast pace of this station and you’ll know why they knocked the Rock of Chicago off its pedistal – even if only for a short time! 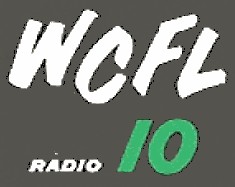