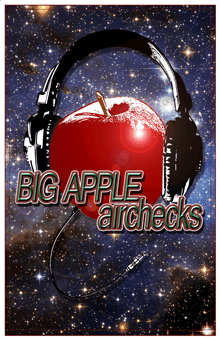 Big Apple AirchecksIn our last episode of WCAU-FM, we gave our listeners a bit of background on Philadelphia’s “Hot Hits” outlet. Mike Joseph consulted this CBS O&O, the FM sister station of the legendary 1210 WCAU, at this time a News/Talk hybrid that would eventually become the Big Talker, 1210 WPHT, with some format changes and call letter changes along the way.

Much is written about the rise and fall of early 80s CHR, as invented, literally, by one of Top 40 radio’s pioneers. Mike Joseph didn’t just come along and create “Hot Hits” in Philadelphia, but rather, as he said in an interview sometime in the 80s, the “Hot Hits” format in this form actually began in the planning stages as early as 1972. It was first launched in 1977, at little 1390 AM WFBL “Fire 14”, in Syracuse NY. What better way to test a format than to put it on the AM band in the waning days of AM contemporary music. It was a big success in Syracuse, and the jocks that graced WFBL’s microphones found their way to other outlets after Fire 14. The next station that Joseph tried was at then-Classical 96.5 WTIC-FM Hartford. 96-Ticks, as it became known as in the Insurance Capital was an instant success, and itself launched the careers of jocks like Mike West, and one Bill Lenke, who would go on to become one of America’s most popular deejays as “Broadway” Bill Lee… going on from Hartford to places like KFRC San Francisco, WKTU 103.5 New York before landing at WCBS-FM where he is today.

This ‘check is about WCAU-FM. By the time of 1982, Josephs’ “Hot Hits” format had matured, and it was polished. 98-Now was considered at this time to be on

e of America’s top hit radio stations, and it showed everywhere… ratings, popularity – ad agencies were literally kicking in the door to have their ads heard on WCAU-FM!
On this tape, your webmaster once again scoped a 45-minute recording down to about 20 or so minutes. There are fewer commercials heard on this than elsewhere, but after all, it IS New Year’s Eve in the city of Brotherly Love.
Terry Young is heard these days on Sirius/XM radio, in addition to some national commercials.
While this aircheck is of the Top 100 of 1982, the tape ends somewhere in the middle of the countdown. We’ll look around and see if there’s another part somewhere that fills us in on what was number one for the year 1982…. that would be nice. Meantime, listen and enjoy a slice of Philadelphia radio, 28 years old as of this writing.