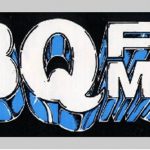 Hellooooo, Maine! We’re probably talking to more moose (or is it Meeces?) than people but hey you guys had some great radio too!

Harry Nelson. A guy with more frequent flier miles than most flying back and forth…. lets see, programming WRKO, then out west to KFRC, then back east to Portland, to turn 98 JBQ into a memorable monster! Here’s Harry shortly after he took over from former PD Brian Phoenix, who left for a programming gig in Clearwater, Florida.

You’ll love the west coast style presentation and Harry Nelson’s one liners – aww he’s got a million of em… It’s tight, all the elements are there, and so’s the variety (not diversity) of hit music – JBQ plays all the hits, literally.

Our contributor, Paul Connors, says this was from a cheap cassette machine. Maybe… but mono, scoped and (lightly) processed, buttered & salted, this makes for one 5 minute beauty! 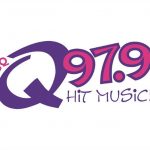